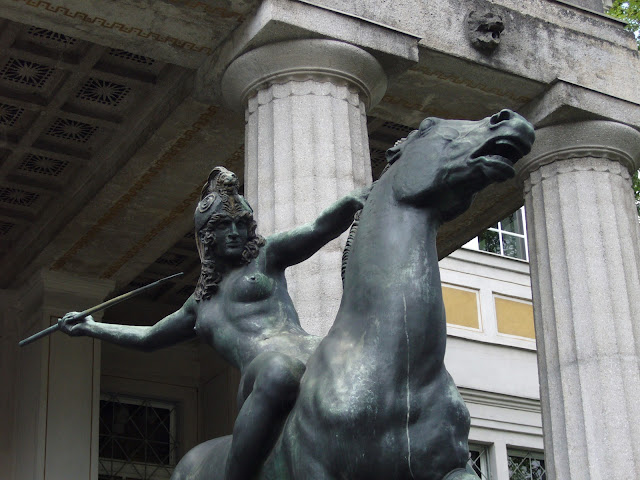 When I grew up I was raised in the belief that women and men are equal and we all have the same chances in becoming and getting what we want if we just work hard enough and study well.

Well, I've been known to be from the naive kind. I still believed in this when I entered university. It dawned to me when I finished my studies with very good grades but wasn't really able to get a job, while my male fellow students one after another got good positions. Most even in Japan.
That's when life's reality got to me.

I may sound bitter about that. In my case I'm happy how everything turned out. Even though I didn't finish my doctor thesis and am still in Germany, having gotten a job that hasn't really much to do with my Japan and Japanese skills. Everything will turn out well - that's my belief.

What really makes me mad, is the fact that there are still men in this world who actually believe that women can't be as good as men. Just last week there was a case where a certain colleague of mine - who isn't much older than me - stated that women generally aren't as creative as men. Because if they were - why aren't more women pioneers and inventors mentioned in history books? He believes because there were few to none.

Which is total bullshit of course. Naturally, society prevented women from "making a name" in the most cases and their achievements were forgotten or published under a male pseudonym. Then, during the times were some of the most amazing inventions were made, women had almost no chance to enter higher education (such as universities). That's the sad truth. And not that women are not as smart / hard working/ as creative as men.

Keep that in mind!