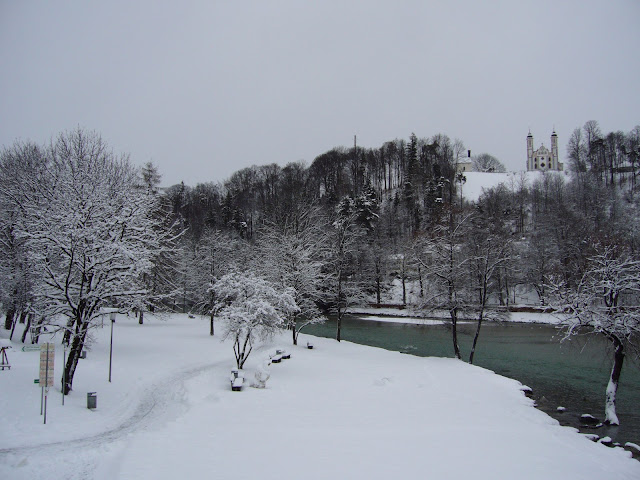 So it has become all wintery and snowy and cold. Today's dawn with all its blue and violet hues was just breath taking.
Still, I feel the weight of getting up too early for almost a month. I hope I'm not getting sick.

Greetings.
Posted by Chisa at 9:37 PM No comments: 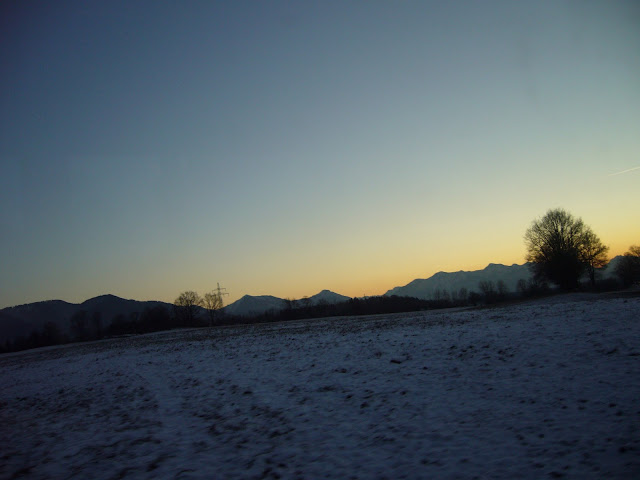 When I was unemployed, two hours could mean anything. But mostly they meant nothing to me and went about their business without bothering me. Two hours in which I slept, decided to go out to buy something bad to eat, read some blogs, maybe wrote a job application if I felt like it, wrote in this blog or tried to write a novel. Or I just watched a whole batch of Japanese or Korean Drama.
Believe me when I say I was so sick of it!
Yes, one can get sick of having too much spare time at your hands.

Now, the opposite is quite true: Two hours free time are very, very precious.
While I'm being trained more and more in doing my job (which is actually quite simple in some ways and complicated in others), I get to do more and more stuff at work. I haven't managed to do some major errors yet, but the day will surely come. Even though I can already predict that one day I'll find that job rather boring, I'm very happy at the moment as my colleagues are nice and my bosses are splendid. The atmosphere at my working place is very down to earth and most people are smiling. If there is - by chance - nothing to smile about they'll go on to joke about it.

Anyway, the previous workdays have gone by so quickly. I can't really believe it. Soon, I'll get my first wage! Woohooo!

Two hours now have a completely different meaning to me.

This is my second blog year. Hope you are in for the ride.

P.S. I tried to take a picture of the alps. I try to catch a glimpse of them every morning at dawn and every evening in the twilight, when I'm taking the bus to and from work. It's really a breathtaking sight and the alps are very near. Actually, many of my colleagues are going skiing or snowboarding on the weekends. I might need to learn skiing after all....(again)....
Posted by Chisa at 10:16 PM No comments: 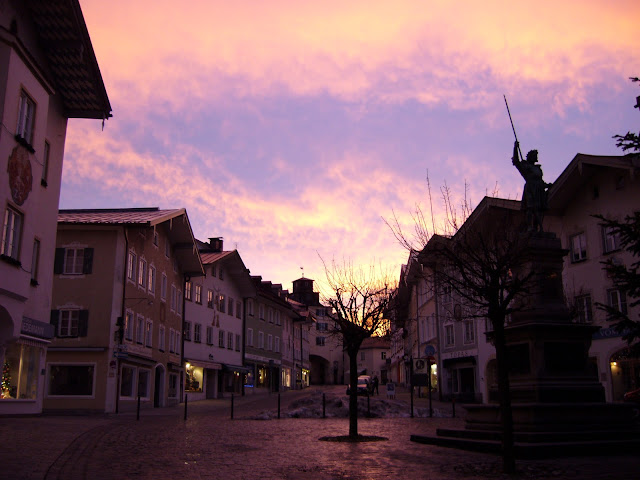 My first week at my new working place is over and I've already learnt a lot. I wasn't bored and am confused in the right kind of way. You know what I mean: the way that urges you on to learn everything that you can possibly learn about the matter. So I'm looking forward to my second week.

As I am living in Bavaria now I can see all the things the whole world keeps talking about when talking about Germany. I've always wondered about some silly prejudices about Germany and the image of dirndl and lederhosen-clad Germans, sausages, huge amounts of beer and pretzels.
Well - now, I'm right in the middle of it. Yesterday, I went for a shopping trip to Munich and boy, did I see every single one of those things. There was even a fast-food-kinda-booth for pretzels: 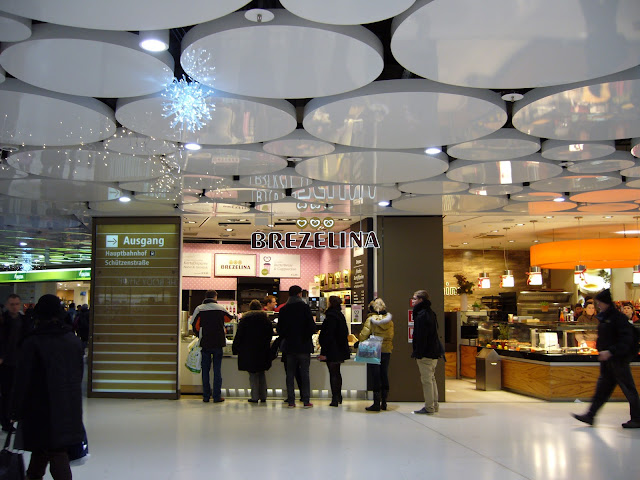 You can buy the basic butter-pretzel there. But also pretzels with cream cheese or even Leberkäse (the original Bavarian meat loaf). Oddly enough, they are also offering coffee drinks and mashed (Bavarian) potatoes with different toppings. My butter pretzel was really good and next time I'm trying the mashed potatoes.

(The first picture is Bad Tölz at dawn. It was my first day at work and I missed my bus and had to wait for over an hour to take the next one. I was really embarrassed by this and called my workplace. Fortunately, they were really nice about it.)
Posted by Chisa at 1:17 PM No comments: