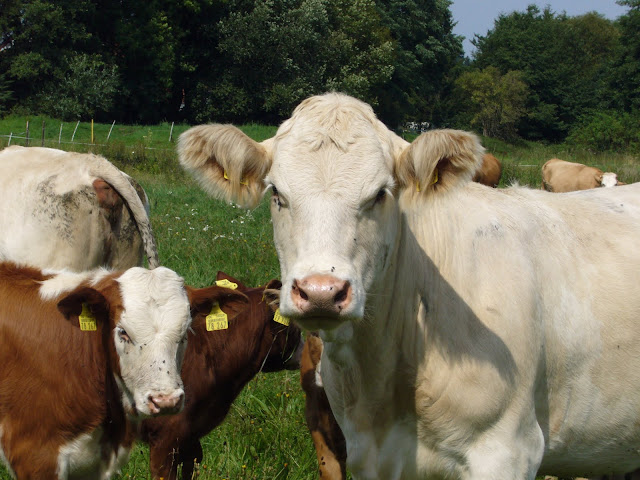 So, what is the most terrible animal out there? These fluffy eared cows seem friendly enough as long as no one disturbs their meal of fresh green grass. (The little ones were very interested in my dog and kept following us. My dog was very terrified, though.) 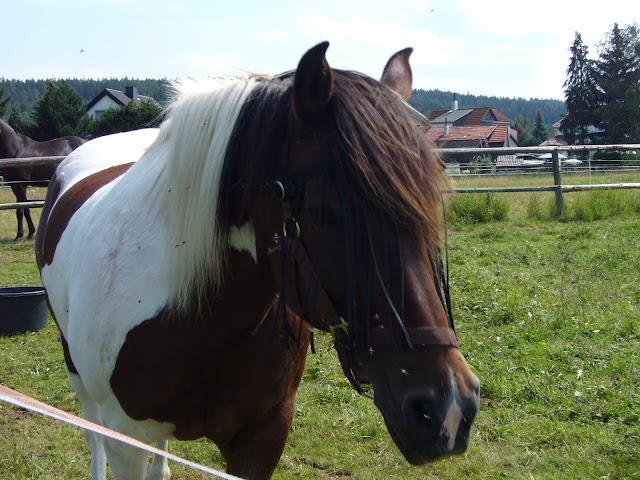 This Western horse (is it a Dixi?) is a little bit shy, but friendly non the less. 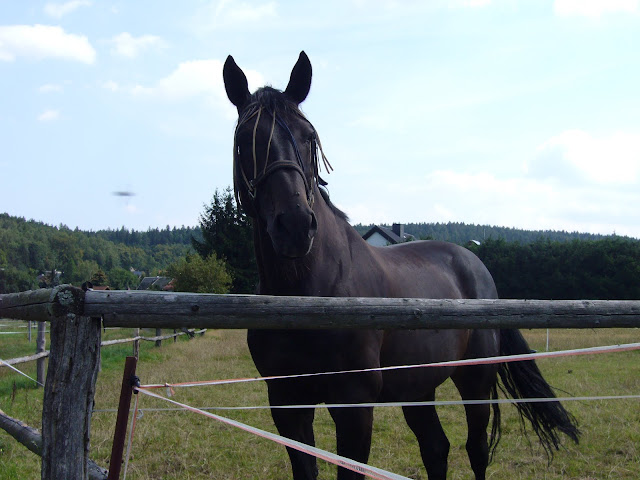 This one is a horse fit for a king. He is so tall, that I feel like a dwarf. I would really never mount this horse out of fear of falling. (But then, I never really mount horses. I only admire them, when I'm at home. Many neighbors have horses in my little town and I remember the times when I - as a little girl - begged my parents to buy me one. We have old stables at our house - nowadays used for fire wood storage - but other than that we have no experience whatsoever. When I was 12 I was asked to join a riding circle. But I was prejudiced against "little spoiled princesses" who would fight to ride a special horse and I never joined. Even though I know some basics of riding I never learned it as a consequence and am a little bit sad about that.) 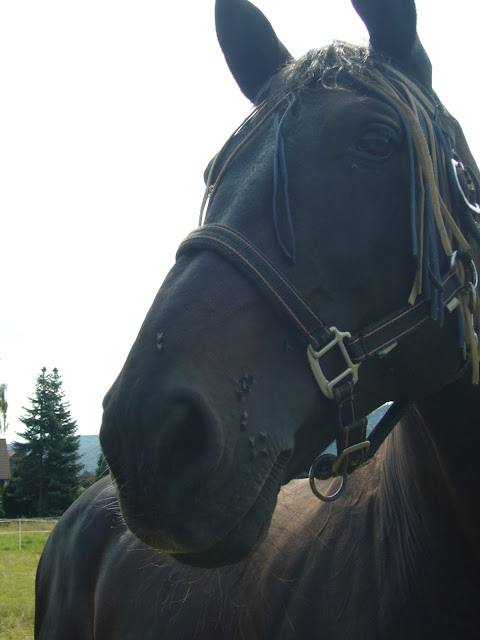 He really is my "special friend" as I am allowed to snuggle his super soft nose. Aren't his eyes telling you something? 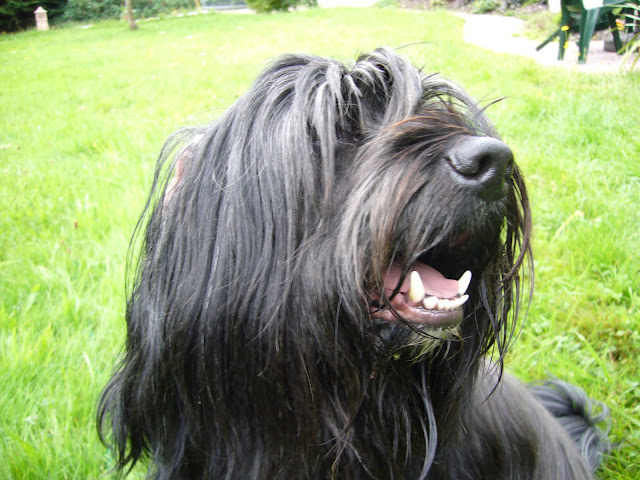 Well, my dog's smile isn't really terrifying either. He's such a cutie pie. 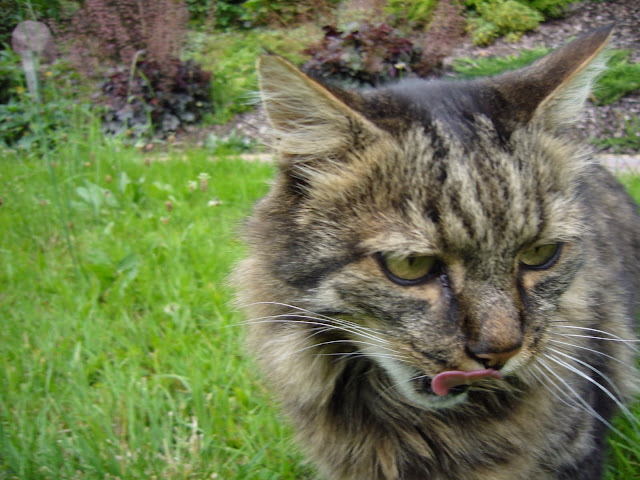 That's more like it. My cat is one of the most horrible creatures wandering our country town. He was on the hunt for grasshoppers when I took the picture. 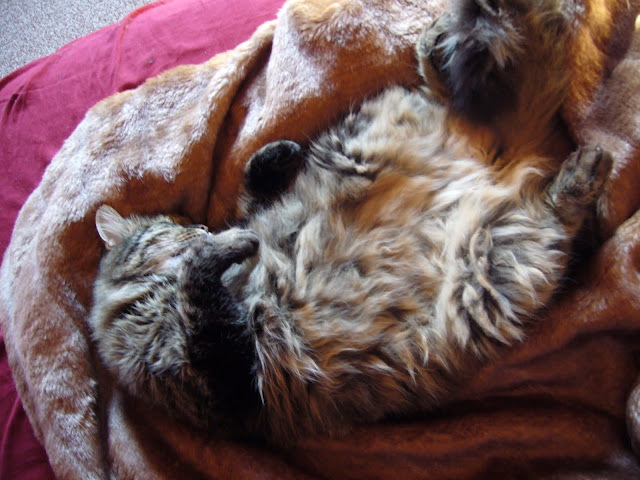 But really, most of the time, he is lying in my bed like this. Lately he has gotten used to come upstairs at 5 am (the dog will wake my mom and beg her to go downstairs with him - then he will not even go outside but turn as soon as the cat has entered the house - my mom is really pissed off by this behavior...)  and snuggle next to my legs. Obviously he is missing me, now that I left home again. 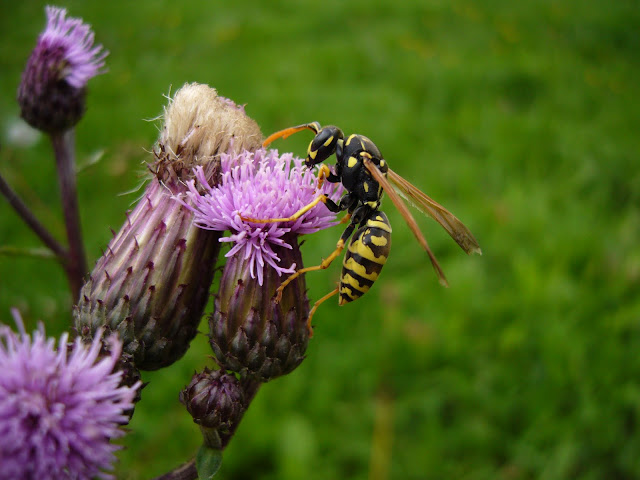 Well, well, finally: The most scary and aggressive animal out there at the moment: the wasp. Last year we had hornets, who would hunt down the wasps, sadly, a neighbor destroyed the hornet nest last winter . (That's  illegal, you know!) So this year we have wasps again...

Looking at my pictures I really wish for a new camera. Well, and better skills, I guess.