What I just found 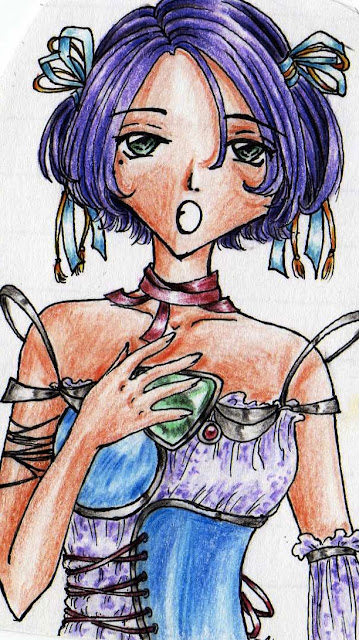 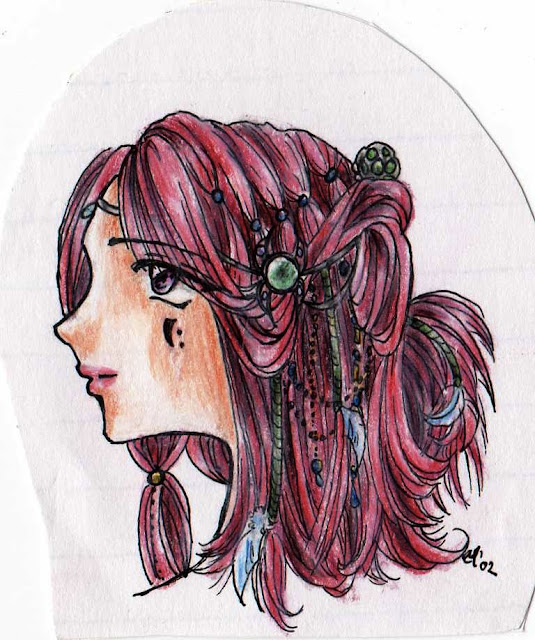 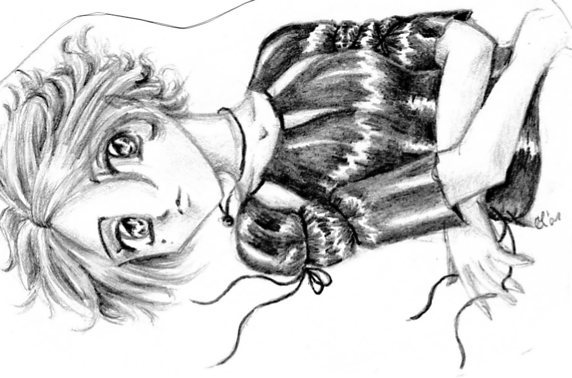 I just browsed through my external drive, which I can't really use anymore as I switched from Windows to OS X last year. Well, obviously I could use it if I were willing to delete everything on it. But I'm not going to delete 6 years worth of photographs, Japanese television series and my master thesis just now. I bought a new terabyte external drive anyway.
Well, I found a folder with scans of some of my characters. Please forgive my scanners lack of ability to scan properly. I drew those little character studies mostly during classes, when I was still a high school student. Psst, don't tell my teachers! You can see my sign at the corners and the year in which I drew them. Those three pics where drawn in 2001 and 2002, when my ability to draw manga characters was at its highest. I graduated in 2002 and went off to university to become a serious student. At some point I stopped drawing all together - I'm regretting that now. I lost 8 years of practice here!
Occasionally I'll start a picture or some forms with color only, but I soon realize that I'm lacking my feeling for the ART. Will it come back to me?
Well, I try to develop my skills further and I don't want to get caught up in the "Manga trap" too much. So I tried other styles as well. But the Japanese influence is too strong I dare say. The last picture I'll show you today is from 2006, where I was deeply in love with Japanese Kimono. (Which I am to this day...) 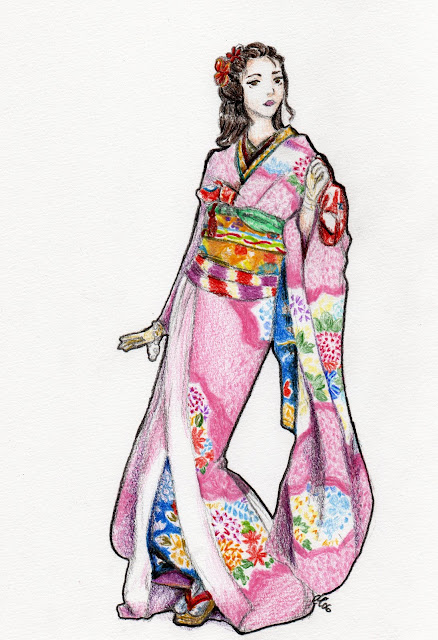