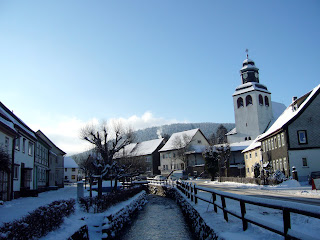 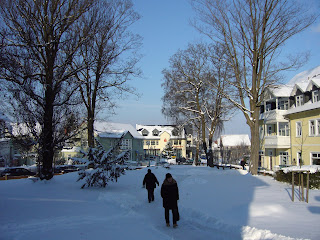 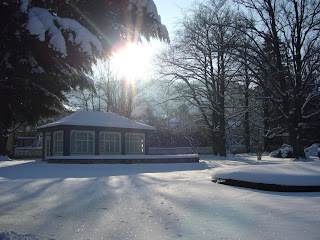 The first 19 years of my existence were spent in that small town right at the foot of a 916 m high mountain at the brink of a forest in the middle of Germany. 5000 inhabitants make it a rather closed community and a lot of gossip is circulating at all times. Many of my friends just wanted to leave as fast as possible after finishing "Gymnasium" (High School). I left, too. But after visiting and living at other places for almost ten years now, I now and then come back to that small town thinking of it warmly as home. 100 years ago it was a destination for the bourgeois and noble from Berlin. Even some members of the Kaiser's family visited every summer for the so called "Sommerfrische", which was a rather prolonged stay in special guest houses. The climate at the brink of the forest is said to be very healthy for the lungs and as one knows Berlins air at that time was rather hazardous for health.
Over time and two world wars the importance of this little hidden town waned. Tourism is still a major economy, but the golden times are over.
Posted by Chisa at 11:43 PM