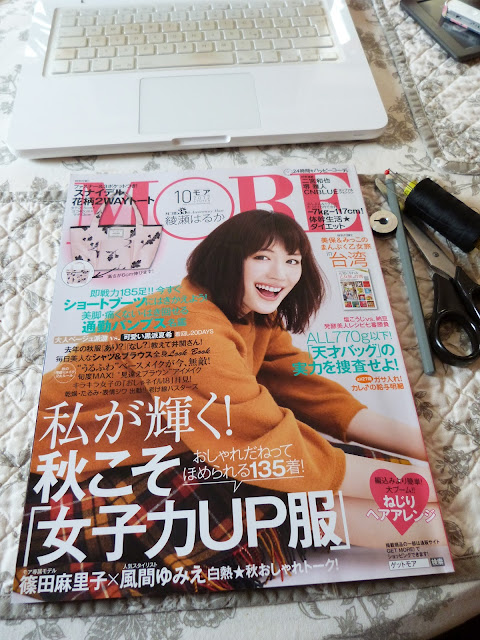 I have to say since knowing some Japanese magazines I really don't like German women's magazines anymore. Instead of writing much about the differences I'll just show you some pics taken from the october issue of MORE magazine - a monthly magazine for women in their early up to late twenties. I get this magazine every month via OCS. 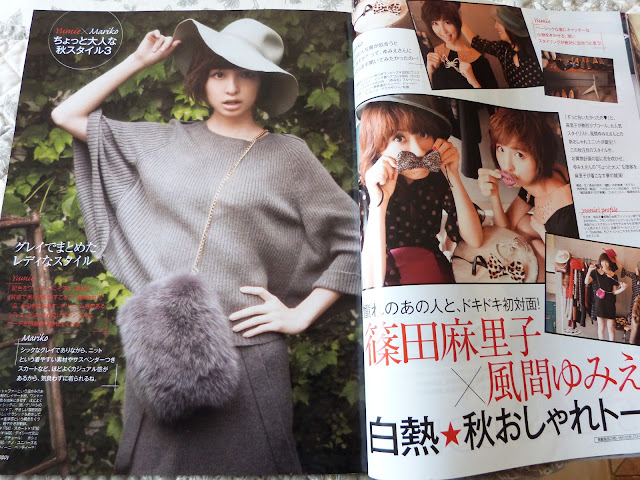 First of all, the models are the same from issue to issue. They actually have fans and sometimes there are "private" pictures, showing what they're (supposedly) up to in their private life.
Well, at some point it gets a bit boring seeing the same faces every issue, but then I switch to the WITH magazine, which is almost the same - but not quite. 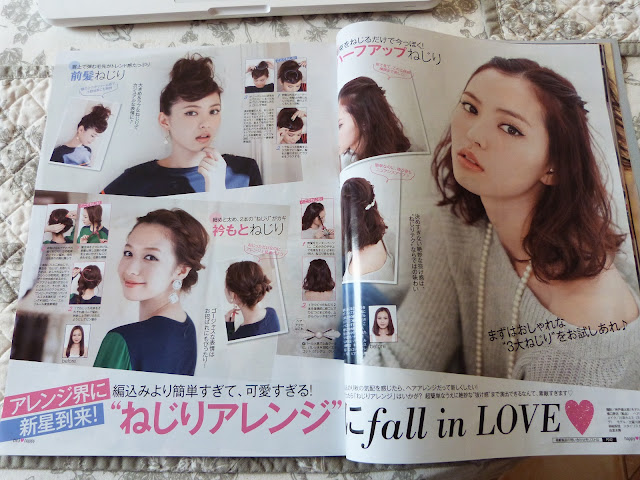 The MORE is very thick. VERY thick. And there is a lot to look at. And there are a lot of tips and actual tutorials of how to do things. Like making up your hair. (In German magazines there is not a lot "how to", mostly it's just "Look - that's how it is supposed to look - have fun trying to achieve this look - somehow!") 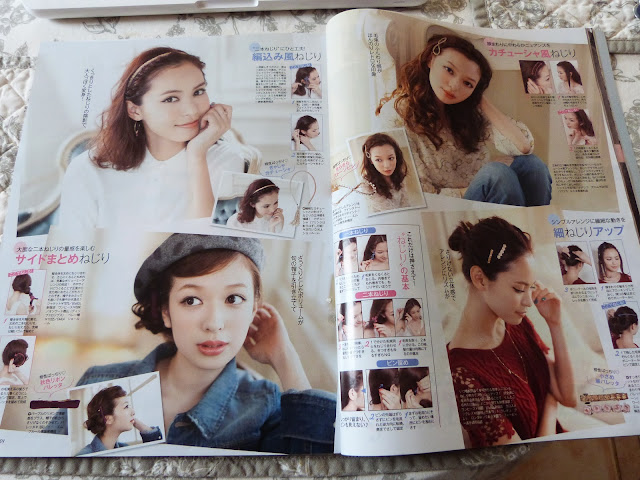 More up-dos. Like the one with the side knot. 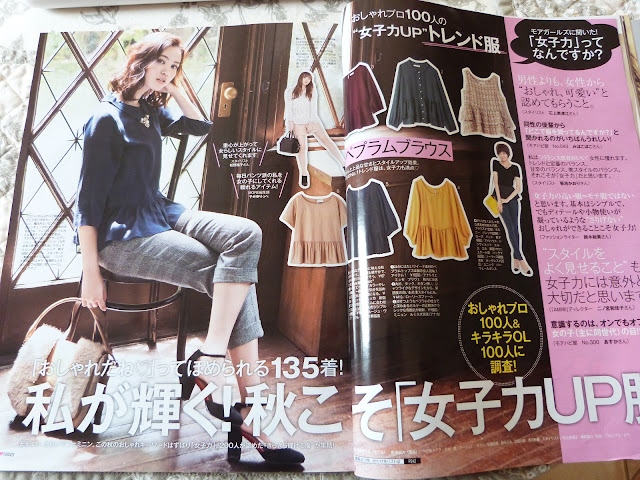 In German magazines new clothes are mostly presented by very thin models (you can call them anorexic most of the time) in absolutely ridiculous poses. (You don't even really see the clothes...) 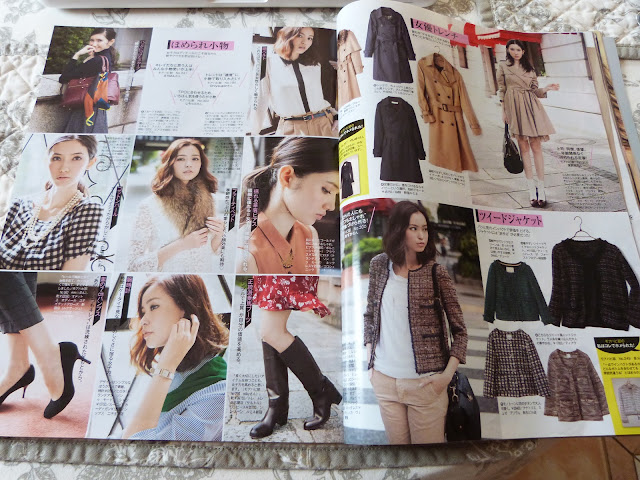 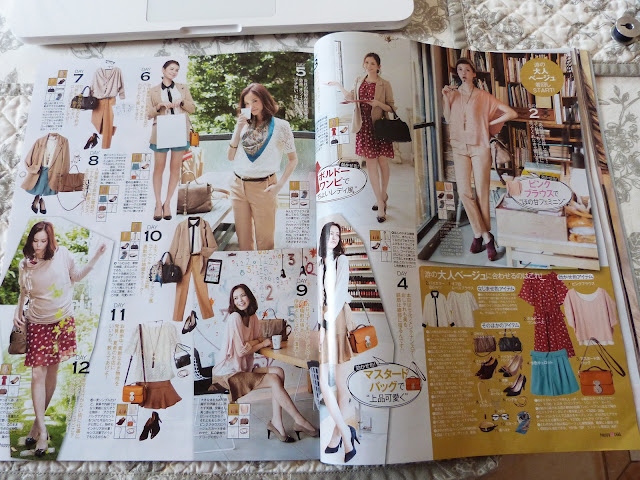 Really nice are the photo stories where you've got a bunch of basics and then they will show you how to wear them in different ways for the next ten days or so. Totally adorable. This is "Team beige"... 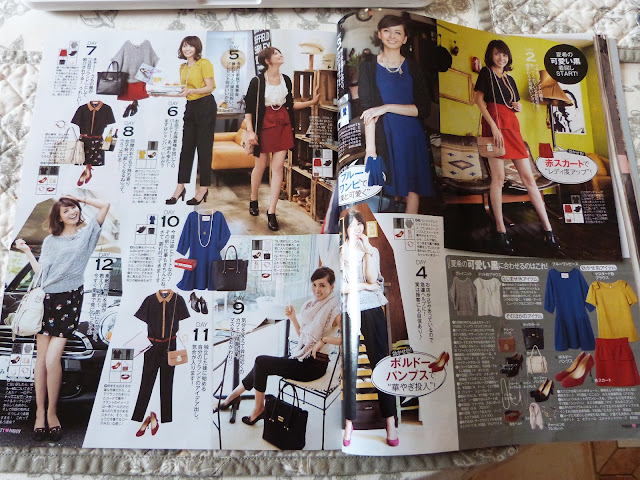 ...this is "Team Black". A japanese women wouldn't be caught dead in the same clothes combination within a month. Really need to change that. (I go for a shirt and a matching pants most of the times.)

P.S.: My trusted scanner is out of order. So my apologies for pictures taken with a camera.
Posted by Chisa at 1:38 AM