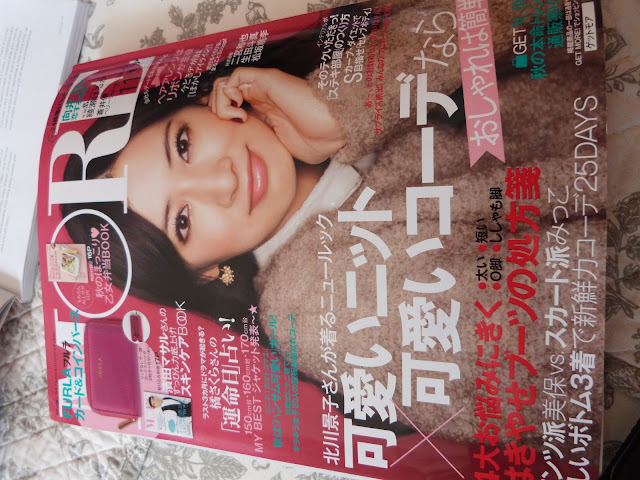 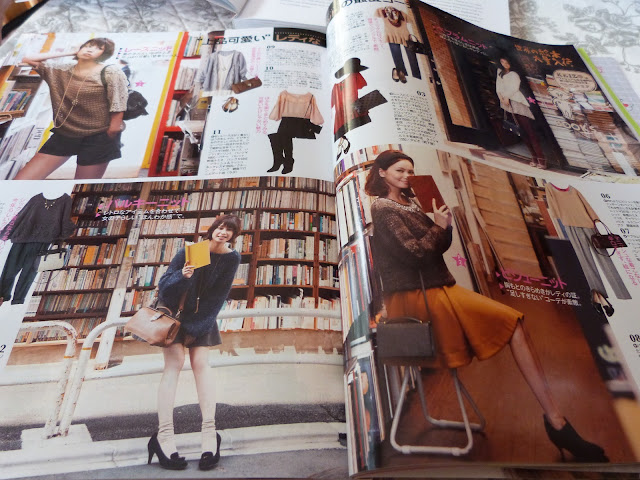 I totally adore Japanese fashion. Alas - I couldn't wear most of it. And remember - this is the november issue, when it's also getting colder in Japan. But Japan has a Pacific coast and milder climate. We're in Germany would freeze to death possibly, wearing skirts and mini pants like that. 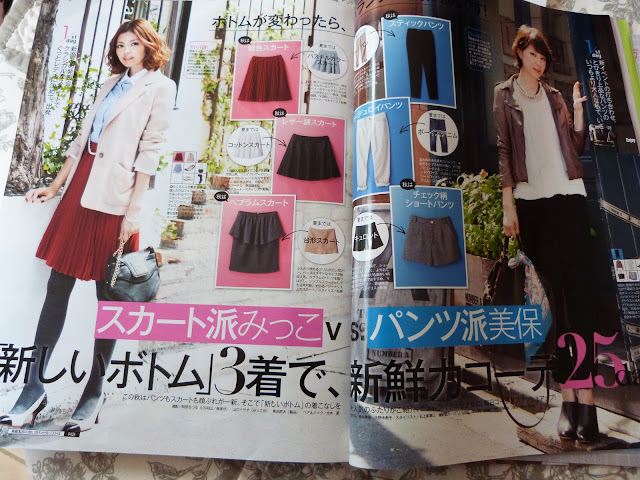 Battle: Skirt team vs. Pants team! Which team are you? I'm member of Pants team. Would like to wear more skirts...but I'm not brave enough... ;) 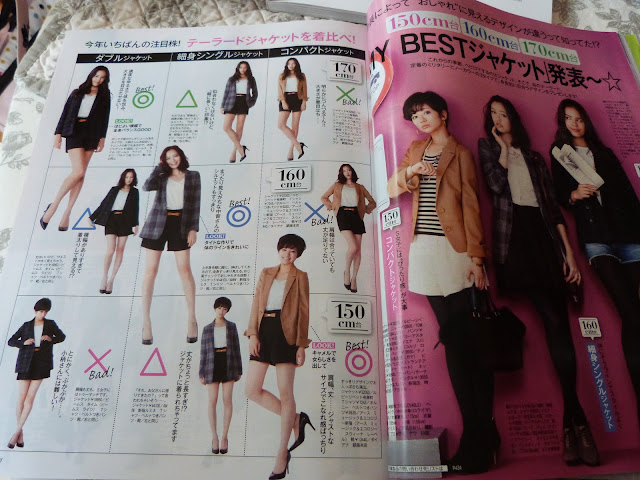 How to wear the right jacket for the right body height. Really good idea. Can't remember if a German magazine ever did that. 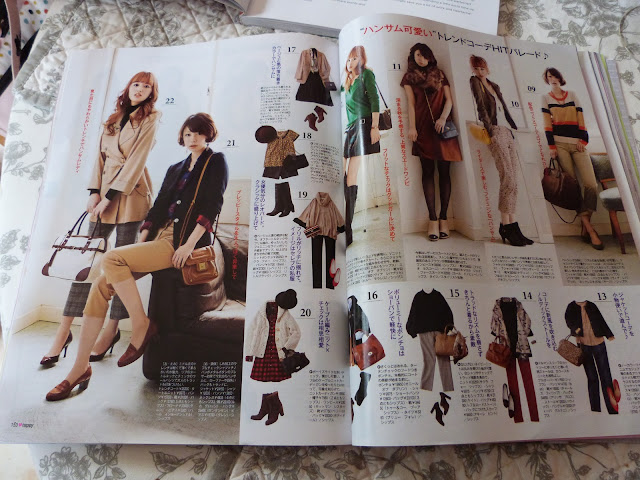 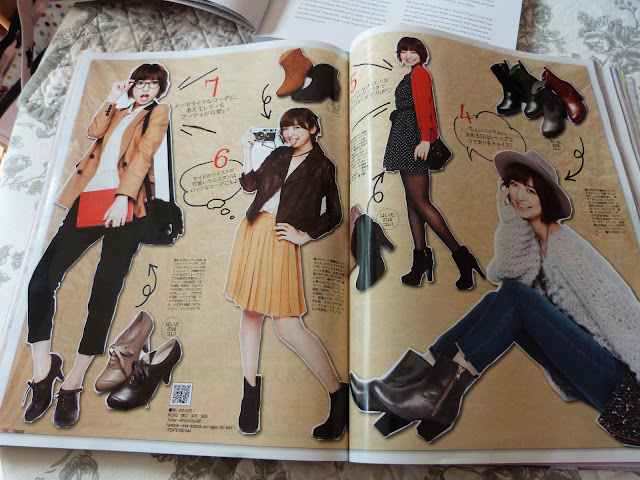 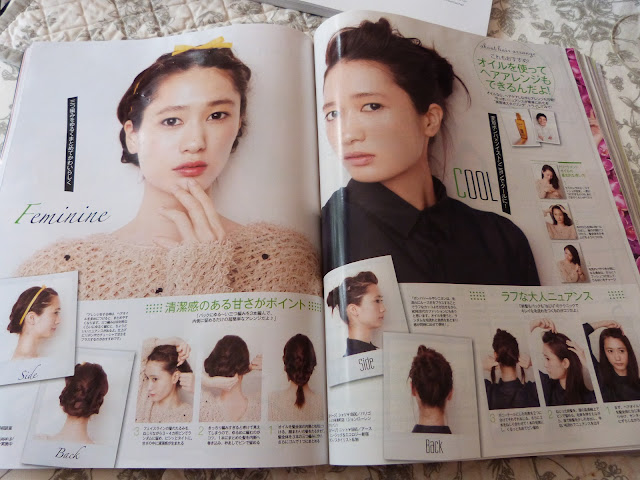 Cute hairstyles! Need to try the one with the ribbon. 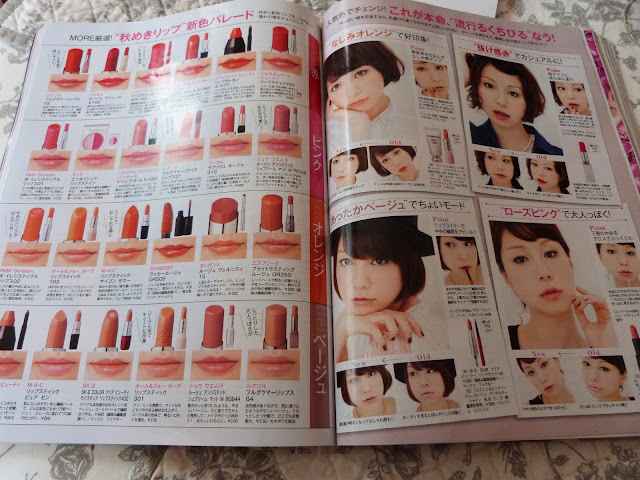 Oh Good, lipsticks are my drugs! Take this page away...(I just got a MAC lipstick for free as I returned 6 empty MAC cosmetic packages to the MAC counter. It's called "Back to MAC" and is a really great marketing strategy.) 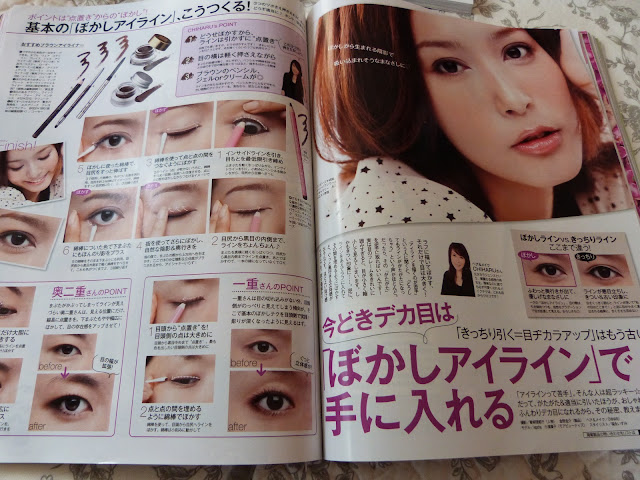 What do you think of Japanese fashion magazines? I bought three other magazines during my visit in Japan - especially two for women in their 30s (as I'll be turning 30 next year). We'll have a look on them soon.

Enjoy Halloween!
Foxy Greetings.
Posted by Chisa at 7:00 AM