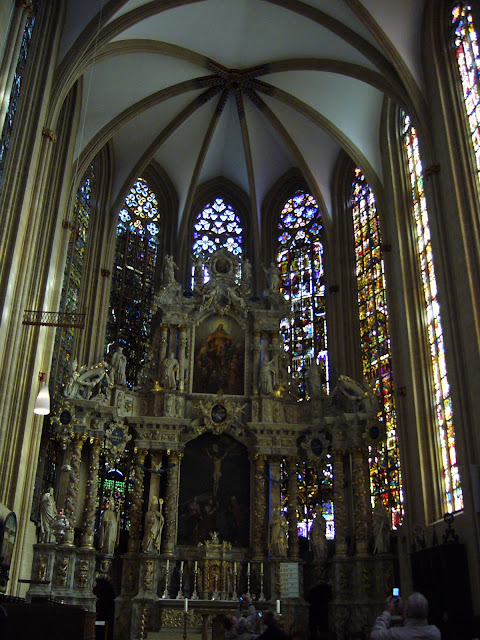 Shortly after coming back from Japan, I spent a weekend at home and I persuaded my mom to go sightseeing with me. Our lovely home area has quite a lot of old stones to offer and Erfurt and its majestic cathedral have become quite popular over the last years. (The Pope just visited. You might have heard.) 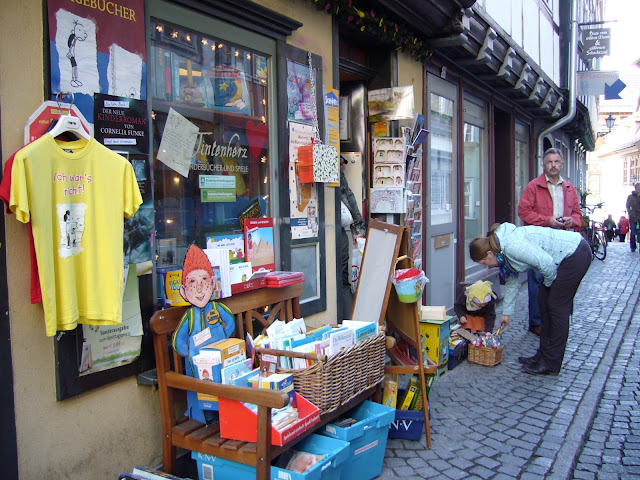 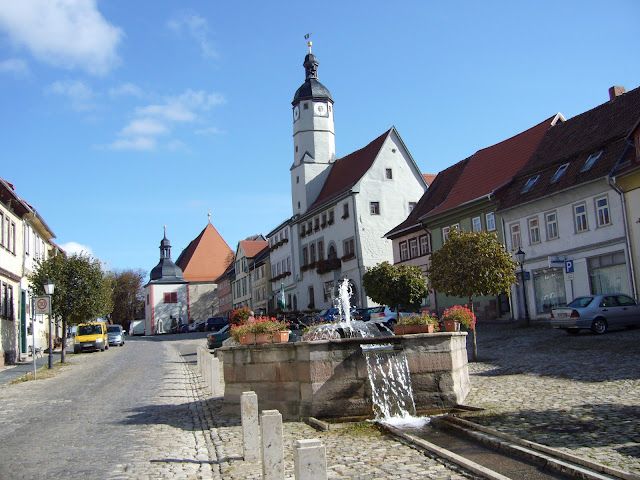 Thuringia is a magical place. It was once home to many dukes, counts and earls (and their wife) and so there are castles all over the place. And castle towns such as this little sleepy place. But really, there are a lot of such villages in Thuringia. 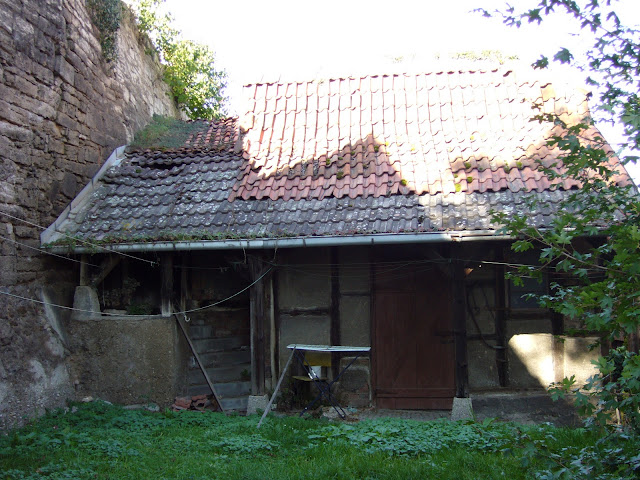 Soon, it's Halloween season and this little shack might be the right home for a witch. It's right next to the castle wall. Sadly, the castle has withered away. 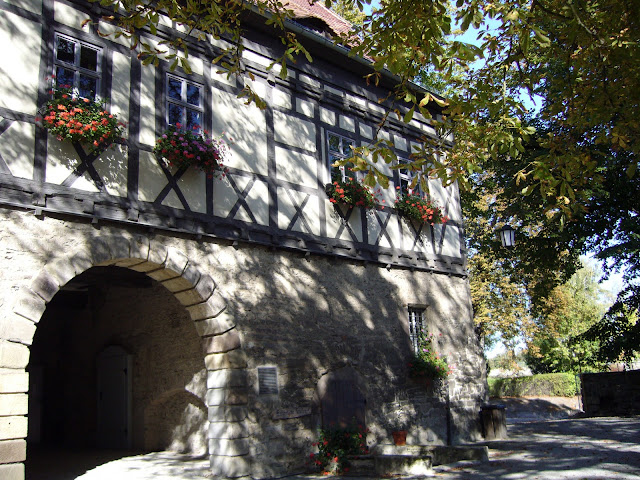 Instead there was this building. Not very castle like, or? After the last landgrave of Thuringia had died the castle, that stood here was neglected and is nowadays in dire need of repair (there is still a little bit standing...). 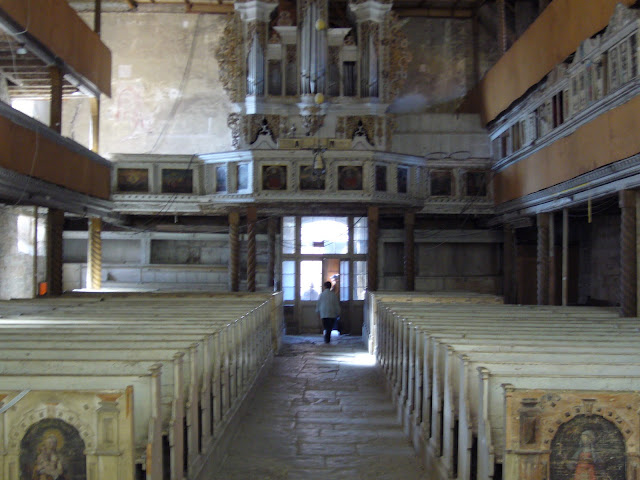 After the reunification of Germany, Thuringian towns and villages got financial help to restore historical buildings. But as Thuringia is full of old stuff, in many places the financial help offered wasn't enough. Private NPOs try to safe old churches, that haven't been used for decades as the socialist regime of the GDR tried its best to denounce religious belief. So this church is in one of the worst states I've ever seen a church in. As the roof lets rain in, the NPO tried to save pictures and the altar by covering them with wood panels. 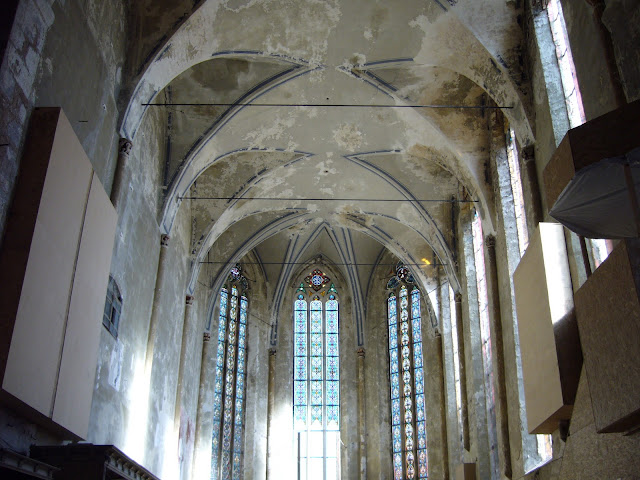 This is really a pitiful sight. Just looking at the roof tells you everything there is to know about the chance of this church to hold up the next century or so. So this little village came up with an idea to get more tourists to visit them. It's an idea that other villages also had and which makes Thuringia a state with rather exotic places. I'll tell you more later. 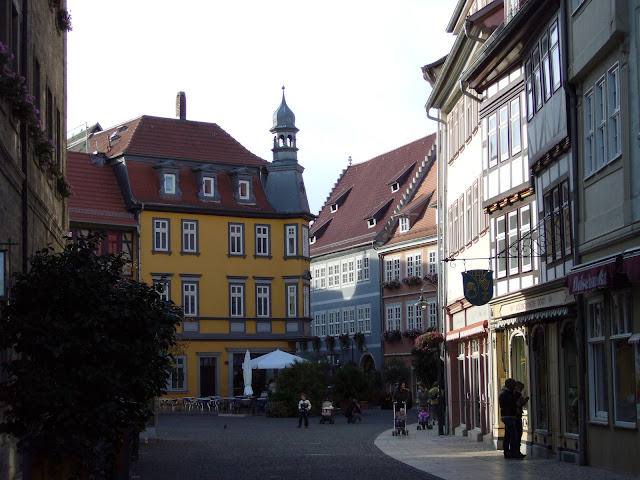 Another Thuringian town I really like is Bad Langensalza. I haven't been there too often yet, though. It just recently won an European price. Basically it is a "Bad" (bath), which means it has special facilities for people to get better after severe illnesses or accidents. And its really a relaxing place to be. 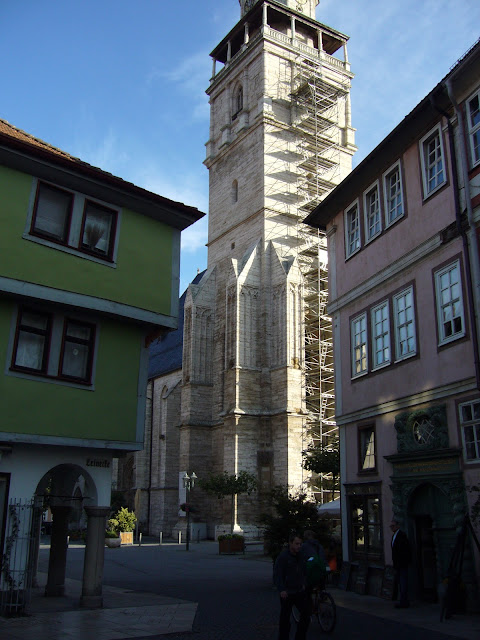 The tower of the church is really unusual for my home area, I have to say. It really fascinates me. From what I gather you can go up there and have a nice view over the area. The Hainich National Park, that was announced World Heritage this June, is just around the corner.

If you ever have the chance - please visit the green heart of Germany. There are many things to behold and marvel at.