Back from Post-Tsunami Japan 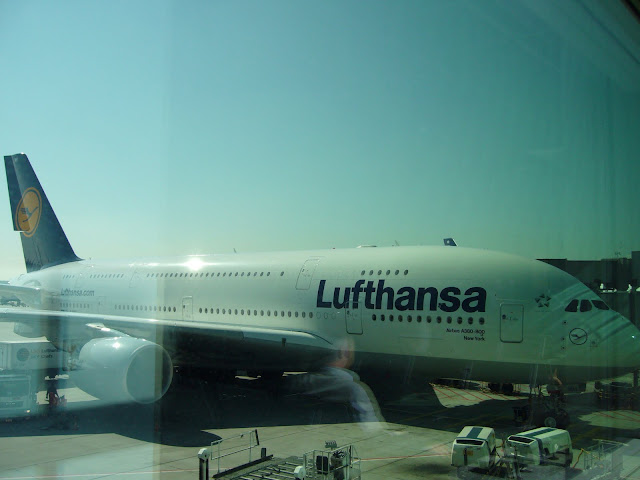 So I'm back and fighting jetlag. My fifth travel to Japan was unexpected (I didn't even know I would go to Japan this year a mere month ago!), exciting (as always Japan is just such a great place for adventure of any kind), lovely (thanks to all my Japanese friends!) and a little bit sad.

You guys might have already guessed it: I didn't get the job!

After making me wait two long days beyond the scheduled date I was told in a rather short and funny (?) talk that I'm way too nice to work for a Japanese firm. Which makes me wonder about German firms, as well. But when the kachô (a section head) told me that I wasn't really listening anymore, because it was so ridiculous. Obviously I haven't met the firms standard in that absolutely ridiculous test I had to take right after my flight to Japan - having been awake for more than 24 hs! How was I supposed to meet any standard (especially in summing up crazy long rows of numbers)?? I had been so furious about the whole lack of planning by that firm and had already worried about my reaction if they'd actually wanted me.

I really wasn't sure at all if I should say yes at all. (But working and living in Japan had been a dream of mine - so I would have said yes, I guess. With possible disastrous future events ahead!) Even though I was kind of put out with the result, I now think it might be for the better. Well, any work is better than unemployment - that's what I think, though.

So - all things back to start!

I need to rethink a lot of stuff in the next days and weeks to come. Just this morning I read in our local paper about the problems of my generation in Germany: We have been raised after the fall of the (Berlin) Wall in the belief to live in the best of all worlds with all possibilities. Anyone, who has had great marks in school and university, would be able to live a financially stable live, being able to consume anytime anything he/she wishes for, being able to travel anywhere and have a good pension during the last years here on earth.

But what "destiny" (?) wants to show me is that in fact nothing is certain and while I always was a great student and met many expectations up till now, I'm now officially a "failed member of society" in the eyes of certain people. The question is: Does that bother me? Am I sensitive to other people judging me that way?

Sure, it is really pissing me off (sorry!) to have to apply for social welfare. My finances are now at minus zero (especially as the Yen was just too expansive these days and the Euro just too weak!), most of my shoes have holes in their bottoms (really!), some of shirts have holes, too. My parents are helping me out now and then, but I really don't want to ask them anymore. So I have to grow up now and face certain consequences.

I never had to fight so hard in my life before!

But I also want to take this hard time as a chance. A chance to rethink my beliefs implanted in me by a consume oriented society. Can I cope with having less? Nevertheless, I still have a lot. I have seen places, I have traveled, I have lived better than many of my age in most countries out there. I believe firmly, I will get a chance in doing something valuable with my work force in the future. I can do it. Somehow. I have a future. Many others don't. I guess that is something we people of the northern hemisphere have to get aware of. And that's why I'm grateful for the "hard time" I'm facing right now.

I'm sincerely hoping you are going to stay with me, here on this blog!
Greetings.