In need of the seashore 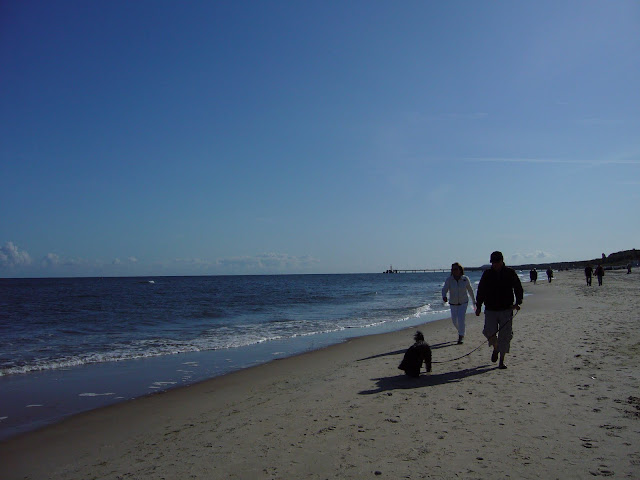 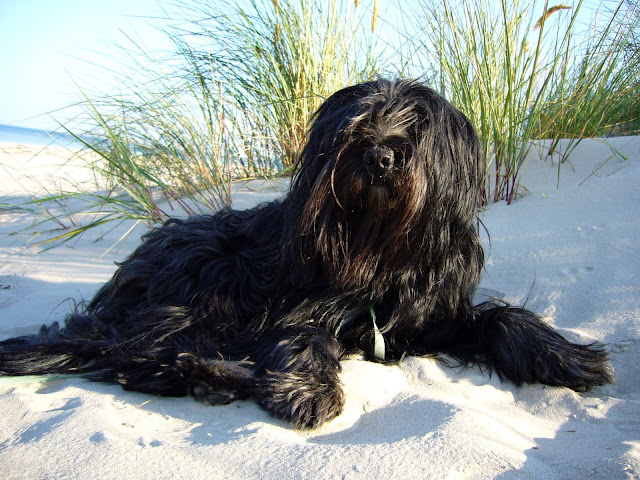 Can you be in the need for water, salty air and a stiff breeze? Well, of course you can. My family is used to hills and forests, but when vacation is near we tend to pack our things and drive 7 hours up north to the German Baltic Sea shore. While Rügen (Germany's largest island) was once our favorite spot, it has become rather pricey and we end up on Usedom (second largest island and shared with Poland). It has the longest beach Germany has to offer! And the most sunny hours as well. (Even though there is a debate going on about that between different tourist areas in Germany.)

We don't lie on the beach (maybe a little) - we walk up and down several km most vacation days. It's so much fun having the waves lick at your feet and collecting shells. My dog just loves the sand! And there are some beaches there, where dogs are allowed (which is still very uncommon in Germany!).

Well, these pics are from september 2009. That was the last time I was there with my parents. I haven't had time or money to go back there the past two years, but maybe I'll join my extended family there again in September. This time my sister, her husband and my nephew will be there, too.
Posted by Chisa at 10:53 PM