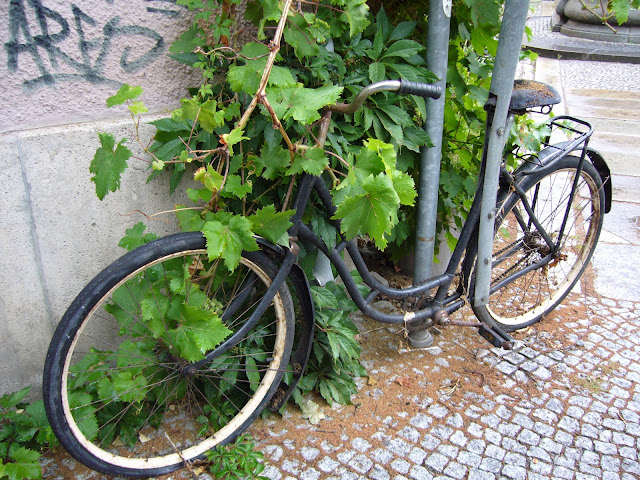 Found this bike in Weimar one day in August. Quite overgrown it has been abandoned for quite some time.
Meanwhile, I'm preparing for my two short trips to Japan in october and november. Totally looking forward to it!!
Currently, I'm researching cameras at the big electronic markets in Japan via Internet. I also asked around in the Blogger community, who seem to favor Canon and Nikon. Nevertheless, these DSRL-cameras are somewhat to heavy for me, especially when I travel abroad. So I want to look out for a bridge or so called system camera. The Sony Nex seems to be the best option at the moment. And in Japan - even though the Yen is really strong - prices are somewhat bearable. Compared to those in Germany.