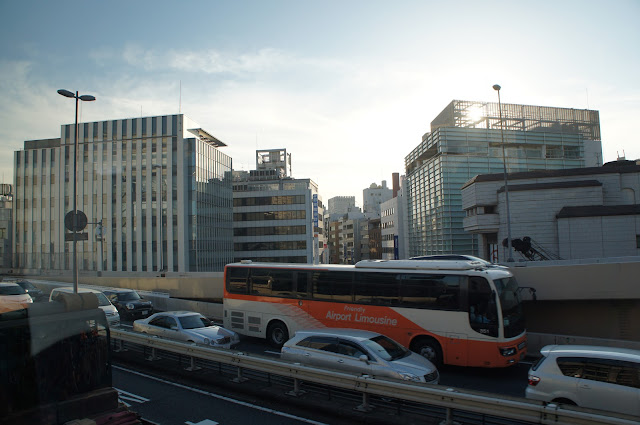 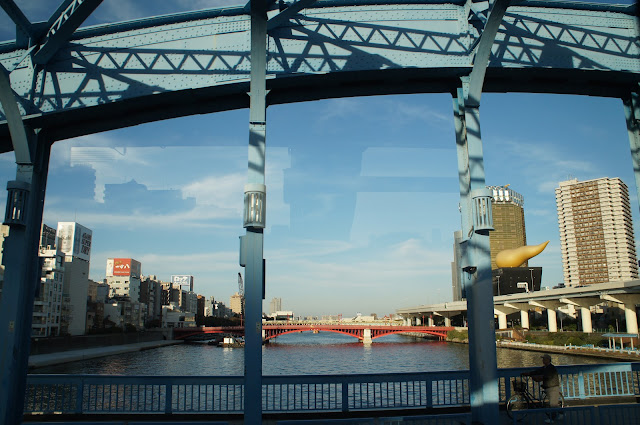 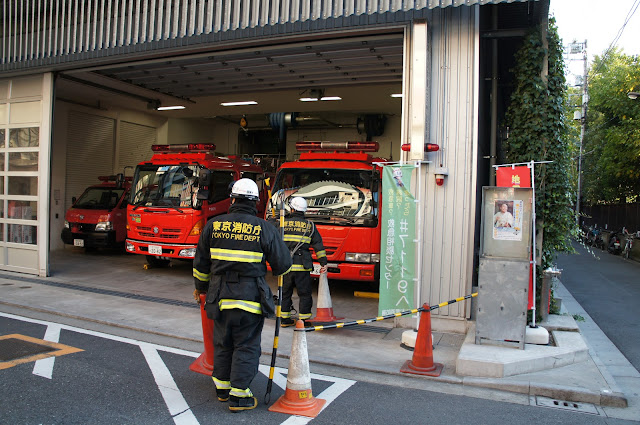 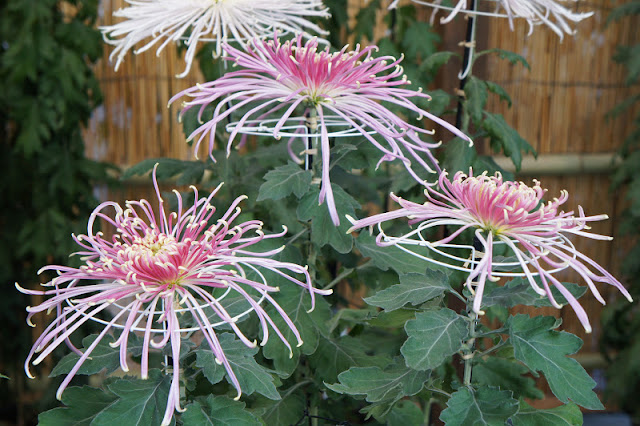 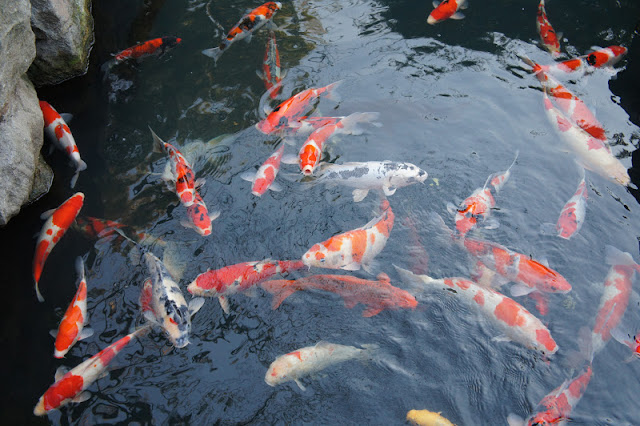 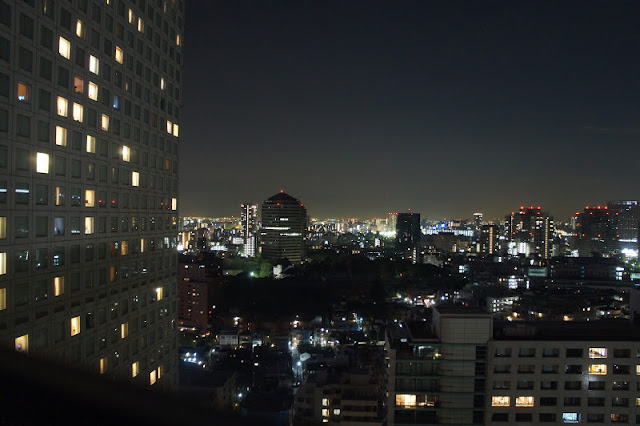 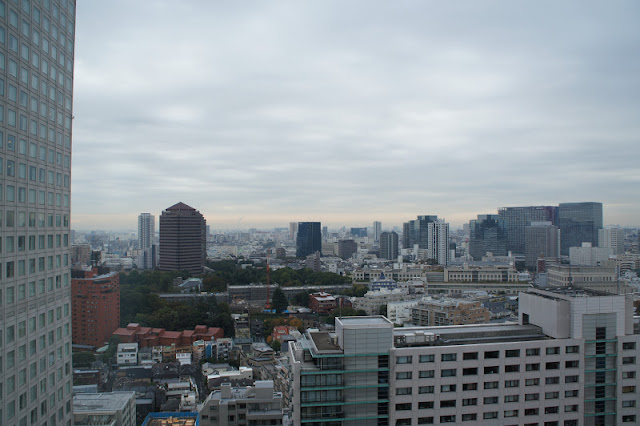 The second trip was almost - but not quite - the same as the first one. The group of customers was larger, though and hence we had to use two buses. We started the week off in Tokyo, proceeded to Kyoto via Shinkansen (Yeah!) - even spent two nights in a row in the same hotel in Kyoto! - went to Nara and then to Iga and Osaka. What a week! (Again.)

a) Traffic in Tokyo is no fun, I can tell you. Instead of being stuck at one of the highways I would always recommend traveling by subway.
b) I like all big cities with lot of waterways throughout the city. Tokyo totally doesn't disappoint in this respect.
c) Toyko firemen doing drills.
d) Chrysanthemum exhibition at Asakusa Temple in downtown Tokyo.
e) Koi at Asakusa Temple.
f) View from my hotel room at night. (Building at the left side belongs to my hotel, too.)
g) The same view at daylight.
Posted by Chisa at 1:09 PM